Don't Get Caught Without Power! 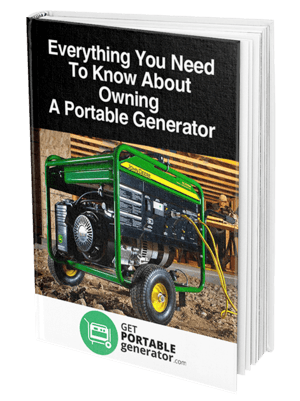 Download our FREE eBook guide to learn why a portable generator can be a very worthwhile purchase, whether you are trying to stay comfortable during intense storms or you need to power a remote jobsite. 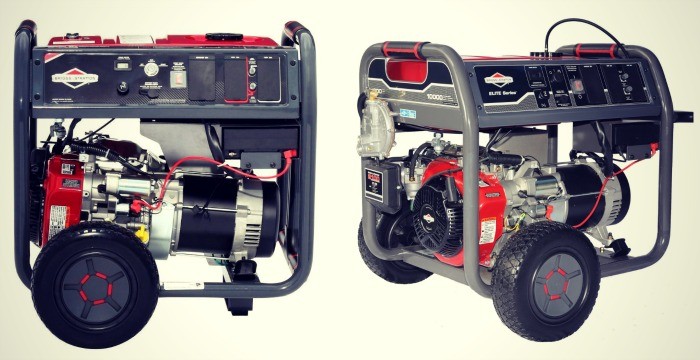 There are some occasions where the energy in your house shuts off. While this isn't a huge issue, it's something that can be prepared for. That's why you need a portable power generator just in case a blackout occurs.

In this individual review, we'll discuss the Briggs & Stratton Power Generator. The generator is great for emergencies due to its strong motor power, usage, and its operating speed. We want to help you by giving a clear outlook on how the machine works.

By the end of the article, you'll know if this generator is worth your money. We'll discuss the pros and cons of the device to assist you in making a rational buying decision. Read further to see a full review on one of the best emergency generators in the market.

About The Briggs & Stratton Generator 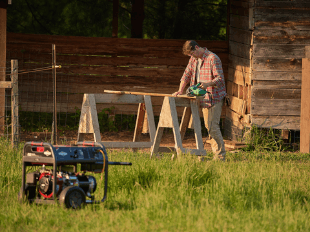 The Briggs & Stratton Power Generator﻿ is a versatile generator that's useful in providing backup power. It's able to be used for recreational activities and DIY projects; making it a highly operational and useful machine. Give this product a look if you need something powerful enough to act as a backup source of energy.

As of now, the portable generator is priced just over $1000. While the price is high, you'll gain a portable generator whose value surpasses the sticker price of the product. This device is reliable and is great if you need a stronger addition to the energy you have at your home.

The engine runs at 420cc. This places it a step above competing brands whose engines are at 300cc. Because of this, the Briggs & Stratton Power Generator has an engine that's robust enough to generate an adequate amount of power within a short time span.

One of its main features is the Power Surge Alternator. This feature allows the device to produce a short burst of power to start up large electrical appliances quickly. Based on this feature, you'll be able to use multiple electronic appliances simultaneously. 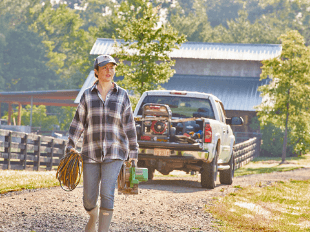 We also like the generators circuit protection feature. When there's too much power flowing through the device, the circuit protector serves as a brake. It prevents the overflow of electricity which helps it last longer than competing products.

But, there have been a few consumer complaints about the oil quality of the device. Some reported constant oil leaks and spills coming from the machine. Make sure to maintain your oil and keep it properly filled to prevent this issue from occurring.

Still, the Briggs & Stratton Portable Power Generator is one of the best high-end generators in the market. It has over 8,000 watts of power, making it strong enough to run at a max of 48 hours. For people looking for a powerful, alternative source of power, then this generator is the right choice for you.

Look into this section for additional information on portable generators. We want to assist you in your buying process by helping you know what features are the right for you. Read this if you want to become a more informed buyer when shopping for a portable generator.

There are several types of generators on the market. Let's go through them! 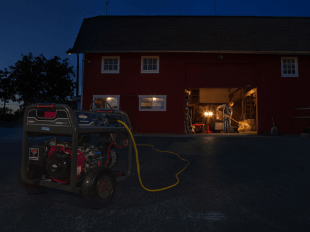 Emergency generators have stronger and larger engines that are designed to restore power to appliances such as sump pumps, televisions, lights, and refrigerators. While they aren't professional grade generators, they have a long-lasting battery power to provide a sufficient amount of energy during power outages.

Semi-professional generators are popular in households that have frequent power needs. Since semi-pro generators have a base wattage of 3,000, it's capable enough to restore a household back to normal after a power outage.

If you're looking for a more long-lasting generator, you should opt for a professionally made portable generator.

Where Can I Buy A Portable Generator?

This is a common question that first-time shoppers tend to ask. Portable generators are readily available and are sold on Amazon and offline hardware stores.

Before you buy your first generator, you need to find what features you like the most. Make a list of the things you expect out of a portable generator. After that, you'll want to find which generator whose features match or surpass your expectations.

To conclude, we think that the Briggs & Stratton is designed for home and professional use. It has enough power to keep your home lit during a power outage. Also, the machine can be utilized for construction, metalworking, and other industries where an extra source of power is necessary. 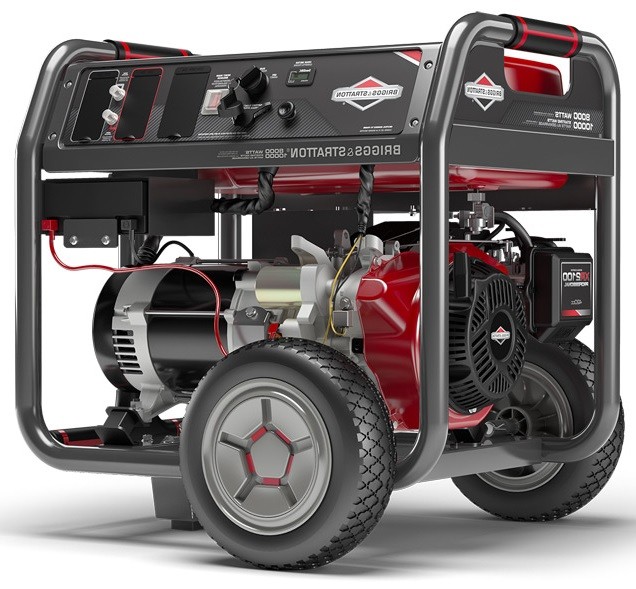 You need a portable heat gun to act as a backup in case of emergencies occur. That's where the Briggs & Stratton Portable Generator shines at. Ultimately, you should get this product if you want something that has enough wattage power and efficiency to restore your house back to normal during emergencies.

Don't Get Caught Without Power!

Download our FREE eBook guide to learn why a portable generator can be a very worthwhile purchase, whether you are trying to stay comfortable during intense storms or you need to power a remote jobsite.

This website uses cookies to improve your experience while you navigate through the website. Out of these, the cookies that are categorized as necessary are stored on your browser as they are essential for the working of basic functionalities of the website. We also use third-party cookies that help us analyze and understand how you use this website. These cookies will be stored in your browser only with your consent. You also have the option to opt-out of these cookies. But opting out of some of these cookies may affect your browsing experience.
Necessary Always Enabled

Any cookies that may not be particularly necessary for the website to function and is used specifically to collect user personal data via analytics, ads, other embedded contents are termed as non-necessary cookies. It is mandatory to procure user consent prior to running these cookies on your website.